Homepage / The people behind the NFLC

The people behind the NFLC 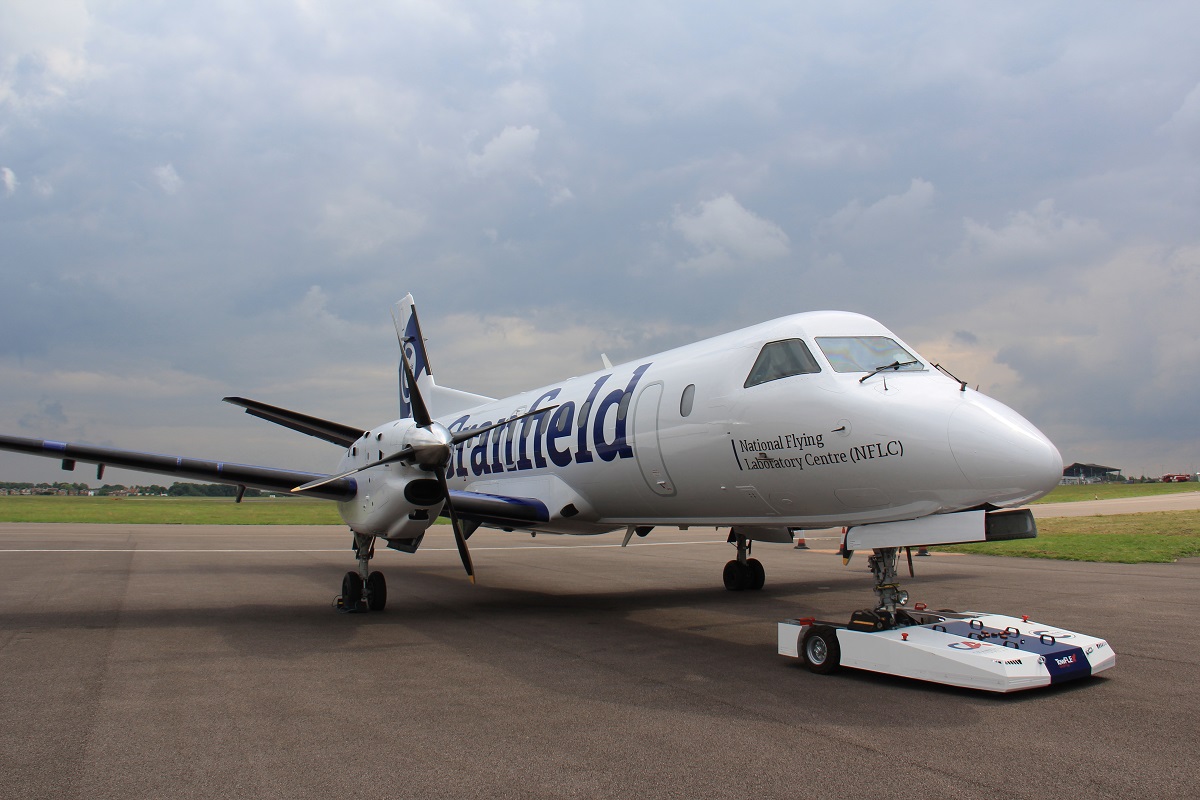 Cranfield University was recently awarded its sixth Queen’s Anniversary Prize for the work of our National Flying Laboratory Centre (NFLC). In this interview we showcase those at the heart of the NFLC.

Nick is Professor of Aerodynamics and Airborne Measurement and is the Senior Scientist of NFLC. He leads research activities that involve the aircraft and also flies the Jetstream as a First Officer (co-pilot) and the light aircraft.

Rob is a Senior Management Pilot and one of our two Jetstream Captains. He joined NFLC in June 2018 having previously flown with Netjets and the Royal Air Force (where he was a display pilot).

Bex is the Ground Operations Manager and has worked for NFLC for 20 years. She is the genius behind getting the students and staff to the right place at the right time. She also deals with security matters and liaising with all of our 20+ partner universities. As some of our courses use airports away from Cranfield (such as Southampton and Prestwick), it is Bex that deals with ground handling and fuel companies to ensure the aircraft and her passengers are looked after.

Joe is a Senior Management Pilot and one of our two Jetstream Captains. He formerly flew for an airline based in the Channel Islands and joined NFLC in 2017. Joe famously flew the BBC team that filmed NFLC in 2019 – through every manoeuvre, he maintained the coolest of expressions!

Find out more about Joe in this blog.

Pete flew with NFLC as a contractor through 2019, and has recently joined the staff on a part time basis to manage the NFLC light aircraft programme providing almost 450 students from various courses with practical experience of certain aspects of their studies.  Pete previously served in the Royal Air Force and has considerable experience working in the Defence and Aerospace industry.

Richard is the Continuing Airworthiness Manager (CAM) – responsible for ensuring our aircraft are properly maintained by support organisations such as Cranfield Aerospace Solutions. This is no mean feat as the Jetstream is a complex aircraft and there are not many of them flying in the UK.

What does winning the Queen’s Anniversary Prize for the work of the National Flying Laboratory Centre mean to you?

Rob – I think it is an excellent opportunity  to raise the profile of the department across the other universities. We are very proud of the support we provide to the universities in the UK and the Republic of Ireland, and we would be delighted if other universities wanted their aeronautical engineering students to benefit from our flying laboratory aircraft.

Richard – It’s been a very long time since I have been part of a team that has won any kind of award, so NFLC winning the Queen’s Anniversary Prize, was a very welcome surprise. I have always enjoyed working for organisations that provide a unique service, but to be part of an organisation that is unique facility itself, is a great privilege. The award to NFLC, proves that even a small dedicated team of people, can produce something very special, that has become a huge benefit to thousands of students and a platform for aviation research. It will always be an honour to serve like minded individuals, that share the same drive and passion for aviation, as the team at NFLC.

Bex – It gives me a great sense of pride not just for myself but for the whole department.  It is not just about the individuals, the award has been made possible by the collective effort of the NFLC team.

Pete– While I’ve only just joined the staff, I have spent the last year flying the light aircraft as a contractor and so have observed many aspects of the annual cycle of activity within NFLC.  The small team of full time staff effectively run a small, and highly specialised airline, which is no small task.  I have seen first hand how the students of today react to their flights, and the many comments on social media after the award of the Queen’s Anniversary Prize clearly show that those who have gone on to successful careers in the aerospace industry found huge value in their own flights with NFLC.  I’m proud to have joined such an esteemed and successful organisation and hope I can contribute to its continued success in future years.

What do you love most about your role?

Rob – That’s a difficult one because there is no single thing. It’s a combination of the team members in NFLC, the variety of flying we offer students in our flying laboratory aircraft and our aerobatic light aircraft. The interaction with the students, they are always keen and have interesting stories to tell! The opportunity to support research projects both within the university and outside, be it other universities or external companies and organisations.

Joe – Variety.  The variety of flying the Jetstream, the light aircraft and dipping our toes in to research work.  It definitely ain’t your average bus driving like airline pilot job.

Richard – I guess the most enjoyable part of my role, is the fact that I am very much part of a team, and that we face numerous challenges, some old and some new, as a joint effort. I have always enjoyed problem solving tasks, and as a CAM, I often face those on a daily basis!

Bex – There isn’t anything really that I don’t like about my role, but if I had to pick one thing that gives me the most satisfaction, it is seeing and hearing the reactions of the students when they step off the aircraft after their flight.

Pete – I really enjoy the interaction with our students.  They come from so many different countries, and so many backgrounds, it’s fascinating to meet and fly with them.

What has been your favourite moment of working at NFLC?

Rob – Seeing the smile on the faces of the students as they are upside down in our light aircraft. Well, most of them smile!

Joe – No one moment, more the job satisfaction from the way we have kept the department flying, streamlined the operation and put ourselves on a much firmer footing for the future.  This feels like it has been rewarded with the acquisition of a more up to date platform, that of the Saab 340.

Richard – Favourite moment at NFLC (apart from the Queen’s Anniversary Award) would have to be visiting the Saab 340 for the first time. This was a huge boost for me personally, but also confirmed that Cranfield University, were 100% committed to the NFLC facility.

Bex – To choose one moment from 20 years of being part of the NFLC team is extremely difficult.  I have met many interesting people over the years, from various VIP’s championing our facility to professional people sharing their knowledge of the world of aviation.  But most importantly, let’s not forget the students.  Hopefully when a student is asked to recall one of their favourite moment, their reply will be the ‘Flying Classroom’.

Pete – There are many favourite moments while airborne, but I do remember a student in the last academic year who declined the offer of a debrief chat after the flight.  She had submitted a project just before flying and realised during the flight that she needed to make amendments and so was racing off to withdraw and revise the paper.  This made me realise that what we do made a real impact to the students studies.

Want to find out more about the NFLC? Take a look here!