Snow fight between LSCM and PSCM

On the day of December 10th, which was the day before our exam in Accounting and Finance, students on the Logistics and Supply Chain Management and Procurement and Supply Chain Management courses were trying to grab every second  they still had to understand those equations or to make sure their open notes contained as much information as possible. Although the world outside had become totally white in the early morning, nothing, literally nothing, could stop LSCM and PSCM students’ will to study for the exam: except, of course, the cancellation of that exam. Around 1.30 pm, we received an email saying that due to the heavy snow and the travel problems it had caused, all exams on December 11th were cancelled and rearranged to Janurary. I have to be honest, that decision did put a smile on my face. A few minutes later, some people suggested we should have some fun in the snow. I was really up for that so I rushed to the football field and met with my friends. 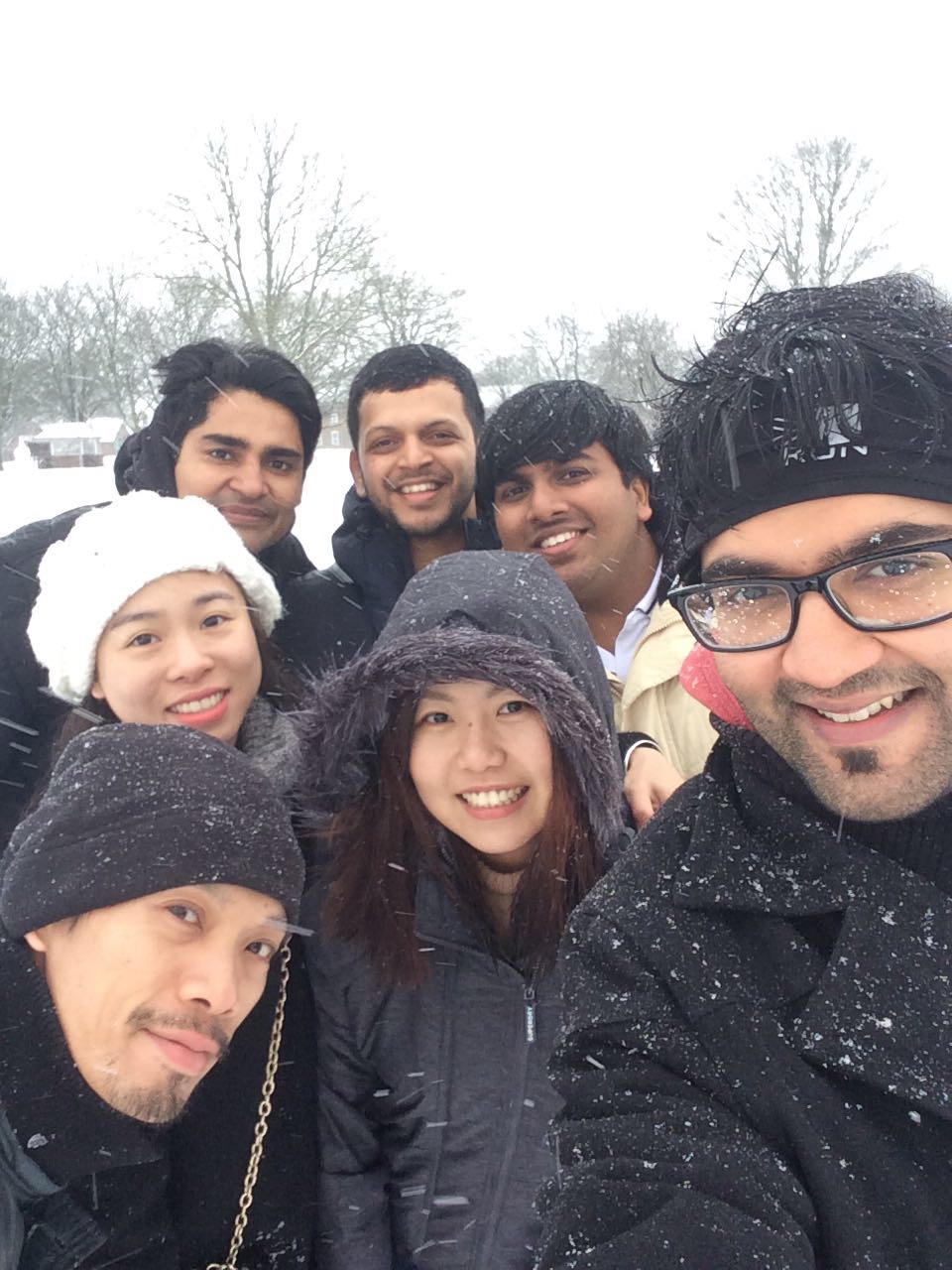 Firstly, I thought it would be really fair and reasonable if we team up as LSCM(150) and PSCM(23)! But  the actual number of PSCM students who showed up was bigger than that of LSCM students. Where were the rest of the LSCM people?! Even though I realized that our team has only half of the number they have, I still believed LSCM could never be defeated! But after it started, I realized an even more serious problem – I forgot to bring my gloves. Therefore, they ambushed me altogether and I had nowhere to hide. Despite the fact that I was hit way too many times, I wouldn’t say LSCM lost the battle. Because clearly we were outnumbered and there were no rules at all!! Anyway, it was so much fun, even though my shoes are ruined for good.

When we were laughing about each others’ appearances, we noticed there were a lot of artworks in the field. Million said she felt like the Statue of Liberty at that moment. Well, we did go through a hard time to finally let her shine there so I think she had a point! 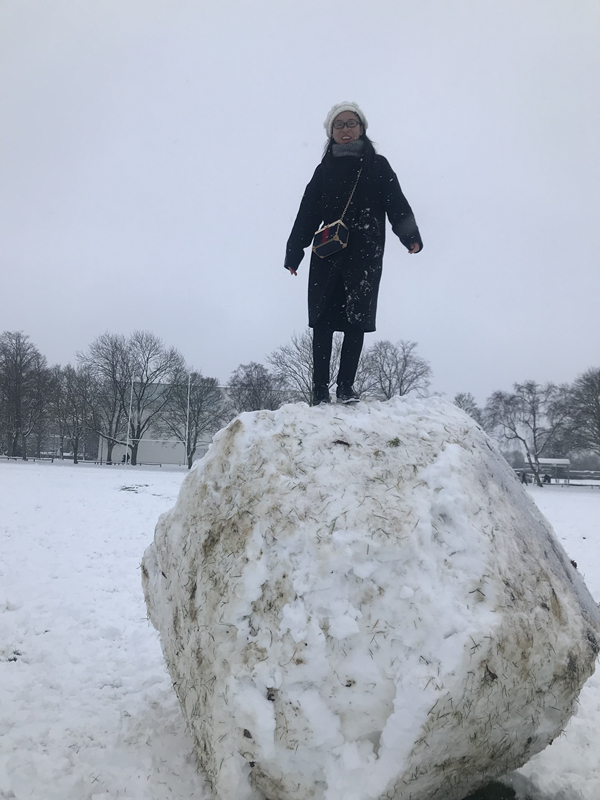 That day was so much fun and so deserved to be remembered. Studying a master’s course in a foriegn place sometimes can be really stressful. But thanks to all these lovely people I met here, I’ve actually had more delightful experiences here and the snow fight was definitely one of them. After all, we should all appreciate the people who come into our lives. The company they gave  is the most precious thing we could ever have.

It’s the second day of our exciting study tour to Aarhus, Denmark and the weather