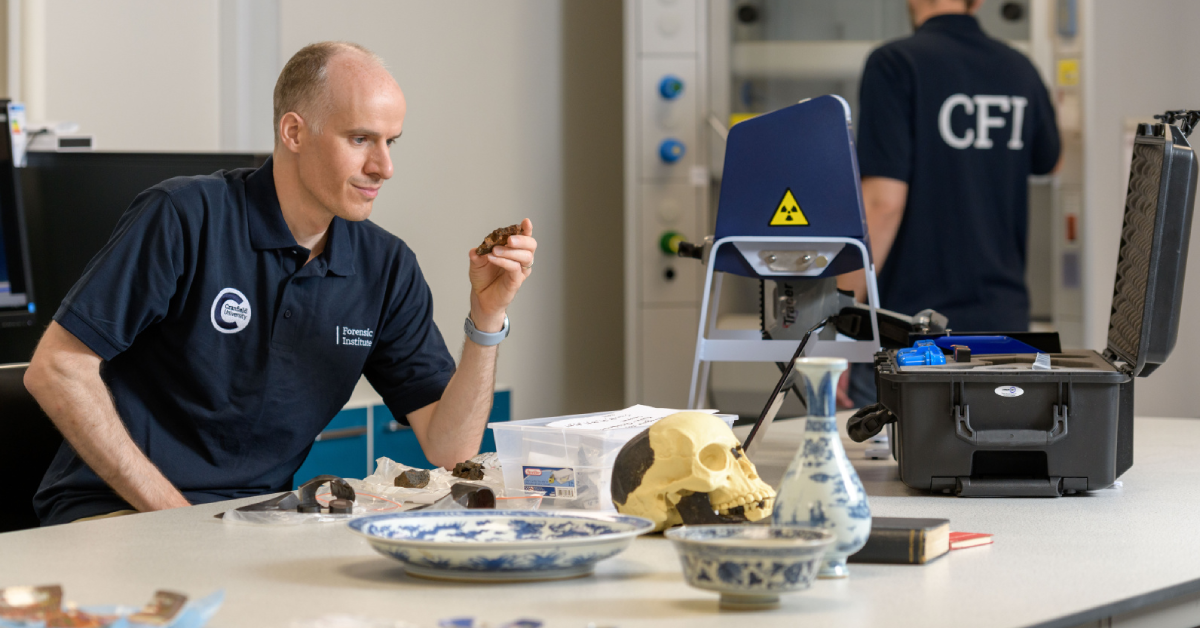 We are a society that is very much intertwined with our ‘things’ – they mediate all our relationships. But why do people adopt certain technologies, and reject others? What motivates societies to choose new technologies, if it’s not simply that one is more efficient than the other?

As a lecturer in archaeological science, I specialise in the application of scientific techniques to archaeological questions, with particular emphasis on ancient technology and innovation, and how production industries were organised in the past.

In popular consciousness, there is this assumption that technology has always progressed in a linear, predictable way: from simple to complex, less efficient to more efficient. But the archaeological record is full of examples of people rejecting technologies that might, to modern eyes, seem quite useful. Rather than a single universal pathway, there is huge variation in which technologies were chosen and how they were adapted to their specific cultural contexts.

The story of humans and their technology is, in fact, much more fascinating and complex than the one-way street you might imagine: people reject things, transform things, innovate, invent, stop using innovations. This complex tapestry of human experience is reflected in the materials left behind, and can help us understand how we as human beings relate to our technology today. Scientific techniques help us reconstruct these patterns of behaviour, by reconstructing the ways in which humans transformed materials.

Transforming understanding of the past

Students on our new Archaeomaterials MSc, which will begin in October, will be invited to discover for themselves how laboratory science can unlock the secrets of past material technologies, as well as what we can learn today from the study of the past.

This study of human engagement with the material world is the essence of archaeomaterials as a discipline. By drawing on different methodologies and approaches from across the natural and social sciences, as well as the humanities – from social theories of technology to the intricacies of high temperature chemical reactions in a potter’s kiln or smelter’s furnace – we can understand how objects were made, where the raw materials came from and how they were transformed by people, then apply that knowledge to answer questions about the past.

For example, the mineral composition of a piece of ceramic might reveal that it couldn’t possibly have been made near where it was found, and most likely came from a source hundreds of miles away. This enables us to track the movement of materials and thereby reconstruct historic trade networks and economic systems. Under a microscope, a shapeless lump of rock-like material may be revealed as the remains of early experimentation with a new metal smelting technique, providing insight into how new technologies emerged. Technological choices reflected in the chemical composition of a glass vessel might show how ancient craftspeople controlled the colour of glass to imitate precious stones.

Innovation as a global human phenomenon

There really is a tremendous amount that we can learn using archaeology, and countless examples of how archaeomaterials research has transformed our understanding of history. In one example of many, a fascinating study on an iron dagger found in Tutankhamun’s tomb 100 years ago used chemical analysis to argue that this early iron object was forged from a meteorite. Likewise, my own research into gold in the Caucasus used geospatial modelling to show that, for a period of around 700 years, gold was intentionally rejected by societies that had previously been at the centre of gold-mining and gold working arts, a finding that calls into question ideas about the inevitability and irreversibility of technological adoption.

Why is this relevant? Well, for me, I think there is value in showing that innovation isn’t just a recent Western phenomenon. When we talk about things like invention, innovation, and technology many people would tend to think about a series of predominantly Western “great men” innovators, most living during or after the industrial revolution. I think these impressions filter into popular consciousness in potentially damaging ways, especially when we think about which people and what kinds of societies are potential sources of innovation. The fact archaeomaterials research has shown innovation is actually a global human phenomenon dating back millions of years has, I think, some really valuable lessons. There is a certain poetic justice in using analytical science to reveal the ingenuity and creativity of people whose work has never made it into the historical record.

I’m really excited to get started teaching the new Archaeomaterials MSc. The UK has long been a centre of archaeomaterials research, which makes it a great place to study and work. Cranfield as a university has a long tradition of excellence in the applied sciences, and our lab facilities in CFI are fantastic. Moreover, we are thrilled to be able to offer partial scholarships to exceptional UK and International students as part of the inaugural launch of the degree. The fact that the new course is based in a forensics institute also opens up opportunities for students to interact with related fields such as heritage crime (for instance, the identification of faked and forged artefacts and art objects). There’s a real emphasis, too, on enabling students to get hands-on experience with different techniques in the lab, and out in the field as well. Cranfield’s distinctive module structure, where students concentrate intensively on one module at a time, presents opportunities for innovative and hands-on approaches to teaching this material.

As part of one module, they will undertake a week-long excavation at a site that we believe contains a previously undiscovered Roman villa. In another, we hope to have them recreate the traditional techniques of pottery firing and metal smelting. They’ll build kilns and dig a pit-firing structure. They’ll smelt copper ore and attempt to fire clay without it shattering and, through this learning by doing, come to understand the kinds of choices people made in the past. They’ll already have learned the theory, but being able to recreate for themselves how people figured out that these technologies would work will be a valuable experience as well as a lot of fun. I really can’t wait.